The complete guide to AbortController in Node.js 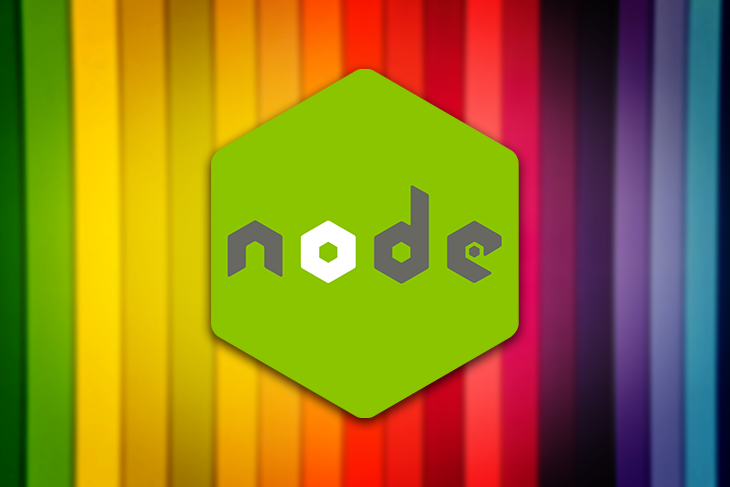 JavaScript is a single-threaded programming language. Depending on the runtime environment, the JavaScript engine offloads asynchronous processes, such as making network requests, file system access, and other time-consuming jobs, to some APIs to achieve asynchrony.

Ordinarily, we expect the result of an asynchronous operation to succeed or fail. However, the process can also take more time than anticipated, or you may no longer need the results when you receive them.

Therefore, it is logical to terminate an asynchronous operation that has taken more time than it should or whose result you don’t need. However, doing so natively in Node.js was a daunting challenge for a very long time.

AbortController was introduced in Node v15.0.0 to address the above problem. It is for aborting certain asynchronous operations natively in Node. This tutorial will be a complete guide to the AbortController and AbortSignal APIs.

Introduction to the AbortController API

You need to create an instance of the AbortController class to use it:

An instance of the AbortController class exposes the abort method and the signal property.

The controller’s signal has a reason property, which is the reason you pass to the abort method at cancellation. Its initial value is undefined. The value of the reason property changes to the reason you pass as an argument to the abort method or defaults to AbortError if you abort without providing a reason for the cancellation. Similarly, the signal’s aborted property with an initial value of false changes to true after aborting.

However, to implement a custom cancelable promise-based functionality, you need to add an event listener which listens for the abort event and cancels the process from the event handler when the event is triggered.

How to use AbortController in Node.js

As pointed out in the introduction, the AbortController API is a relatively new addition to Node. Therefore, a few asynchronous APIs support it at the moment. These APIs include the new Fetch API, timers, fs.readFile, fs.writeFile, http.request, and https.request.

We will learn how to use the AbortController API with some of the mentioned APIs. Because the APIs work withAbortController in a similar way, we shall only look at the Fetch and fs.readFile API.

How to use AbortController with the Fetch API

Historically, node-fetch has been the de facto HTTP client for Node. With the introduction of the Fetch API in Node.js, however, that is about to change. Though experimental at the time of writing, Fetch is one of the native APIs whose behavior you can control with the AbortController API.

The trivial example above illustrates how to use the AbortController API with the Fetch API in Node. However, in a real-world project, you don’t start an asynchronous operation and abort it immediately like in the code above.

It is also worth emphasizing that fetch is still an experimental feature in Node. Its features might change in future versions.

How to use AbortController with fs.readFile

I n the previous section, we looked at using AbortController with the Fetch API. Similarly, you can use this API with the other cancelable APIs.

You can do this by passing the controller’s signal property to the API’s respective function. The code below shows how to use AbortController with fs.readFile:

Since the other cancelable APIs work similarly with AbortController, we won’t cover them here.

As in the above example, you can add as many event handlers as possible. Invoking the controller’s abort method will trigger all the event listeners. Removing the abort event listener after aborting the asynchronous process is standard practice to prevent memory leaks.

How to use AbortSignal to time out async operations in Node.js

As mentioned above, in addition to using it with AbortController, the AbortSignal class has some handy methods you might need. One of these methods is the AbortSignal.timeout static method. As its name suggests, you can use it to abort cancelable asynchronous processes on timeout.

It takes the number of milliseconds as an argument and returns a signal you can use to timeout an abortable operation. The code below shows how you can implement it with the Fetch API:

You can use AbortSignal.timeout similarly with the other abortable APIs.

How to implement an abortable API using AbortController and AbortSignal

As highlighted in the previous section, several built-in asynchronous APIs have support for the AbortController API. However, you can also implement a custom abortable promise-based API that uses AbortController.

Like the built-in APIs, your API should take the signal property of an AbortController class instance as an argument as in the example below. It is standard practice for all APIs capable of using the AbortController API:

In the example above, we first checked whether the value of signal’s aborted property is true. If so, it means the controller’s abort method has been invoked. Therefore, we throw an error.

Similarly, we removed the event listener using the removeEventListener in the finally block to prevent memory leaks. If you don’t remove it, and the myAbortableApi function runs successfully without aborting, the event listener you added will still be attached to the signal even after exiting the function.

Ordinarily, an asynchronous processes may succeed, fail, take longer than anticipated, or you may not need the results when you receive them. Therefore, it is logical to cancel an asynchronous operation that has taken more time than it should or whose results you don’t need. The AbortController API is a handy functionality for doing just that.

You pass the signal property to a cancelable asynchronous API and invoke the controller’s abort method to trigger the abort process. If the built-in APIs do not meet your use case, you can also implement a custom abortable API using AbortController and AbortSignal. However, follow the best practices hinted above to prevent memory leaks.

Did I miss anything? Leave a comment in the comments section below.