Learn how to make a 360 VR video in Unity 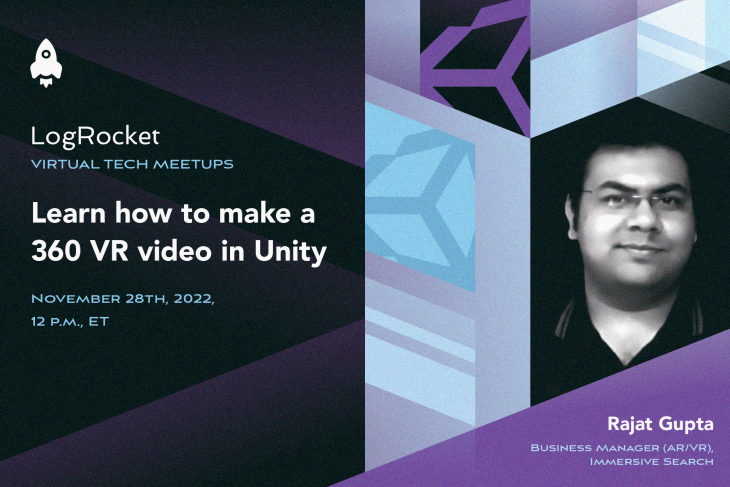 Join Rajat Gupta on November 28th at 12 p.m. ET as he takes you behind the scenes creating 360 videos with Unity.

We’ll cover everything from getting started with Unity and how to set up an environment, through adding objects and cameras and publishing your work online.

By the end of this webinar, you’ll have mastered all the skills required to make your own 360 videos using Unity—and you’ll have a fully-functioning video ready to upload on YouTube.

In this Meetup, you’ll learn how to:

Rajat Gupta
Rajat is an AR/VR content creator with 1.5k subscribers on YouTube. In his spare time, he writes helpful tutorials for the global AR/VR community. His articles have been published in HackerNoon, LogRocket, FreeCodeCamp, and AR/VR Journey Magazine.

Recording to be sent afterwards

We’ve received your registration for the event.