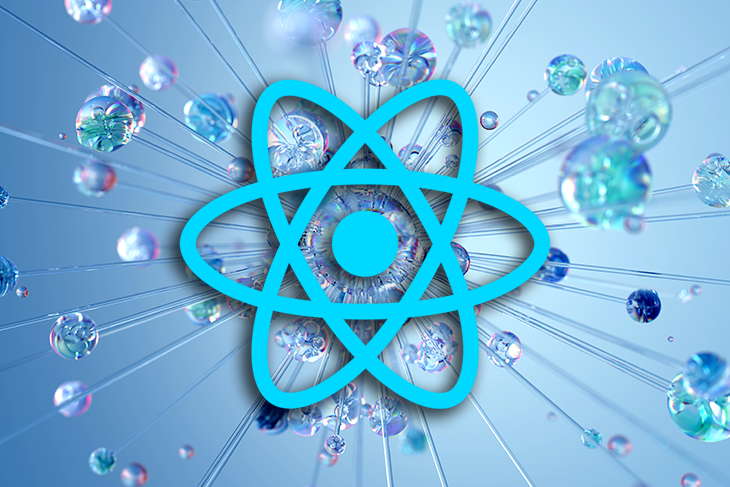 Editor’s note: This post was updated on 12 July 2022 to reflect the current versions of React 18 and all React animation libraries mentioned, as well as to add Remotion and React Reveal to the comparison list.

For a React frontend developer, implementing animations on webpages is an integral part of your daily work, from animating text or images to complex 3D animations. Animation can help improve the overall user experience of a React application.

In this article, we’ll compare the top seven React animation libraries and evaluate each for popularity, developer experience, readability, documentation, and bundle size to help you choose the right library for your next React project.

We will cover the following animation libraries for React:

React Spring is a modern animation library that is based on spring physics. It’s highly flexible and covers most animations needed for a user interface. React Spring inherits some properties from React Motion, such as ease of use, interpolation, and performance.

To see react-spring in action, install the library by using one of the commands below:

Next, add the code below to create and animate a Hello React Spring text:

In the code above, we first imported useSpring and animated from react-spring. Next, using the useState hook, we initialized an object x. Using interpolation, we took in multiple animated values as ranges and output to form one result that is scaled to x.

Interpolation is a function that allows you to take multiple values and form one result. Interpolation in react-spring can also be used for a series of states such as CSS keyframes and colors. Most animations are done by wrapping our animations in an animated div component.

react-spring offers a robust platform for animating React applications. Its props and methods are readable and easily understood.

Let’s see how react-spring stacks up against other React animation libraries:

Framer Motion is a popular React animation library that makes creating animations easy. It boasts a simplified API that abstracts the complexities behind animations and allows developers to create animations with ease. Even better, it has support for server-side rendering, gestures, and CSS variables.

To install Framer Motion, run one of the following two commands in your terminal:

Next, add the following code block to add a simple animation to a box component:

For example, motion.div is used to wrap your object for animations. It helps you style your components and elements faster and also improves the code readability. A downside to this is that it could be bulky as your elements for animation grow.

Framer Motion has a much larger bundle size than react-spring and is not as popular in terms of stars, but its documentation is somewhat easier to understand and merits consideration for your next React project.

The library does not define styles itself, but instead manipulates the DOM in useful ways, making it much more comfortable for developers to implement transitions and animations. In other words, the React Transition Group library offers a more straightforward approach to animations and transitions.

Run one of the following commands in your terminal to install react-transition-group:

React Transition Group uses built-in components such as Transition to add animations and transitions to elements, thereby separating your elements from your animations.

Now for the report card:

React Transition Group also comes with support for TypeScript, which can be installed using the command below:

React Transition Group is a good animation library and has a very small bundle size. It’s one of the most popular animation libraries and should be considered for your next React project.

React Motion is a popular React animation library that boasts an easier approach to create and implement realistic animations. It makes use of physics laws to create natural-looking animations for React elements.

Install react-motion by running either of the commands below on your terminal:

In the code block above, using StaggeredMotion, we added transitions to the card components. With React Motion, you can take advantage of an API that simplifies animation components in React.

Overall, React Motion is a sound animation library for your React application, especially with its almost lifelike animation behavior.

React Move is a library designed for creating beautiful and data-driven animations. It was designed to support TypeScript out of the box and also supports custom tweening functions.

Tweening is short for “inbetweening,” the process of generating images for frame-by-frame animation between keyframes. React Move also features lifecycle events in its transitions, as well as allowing developers to pass on custom tweens in their animations.

Let’s see how React Move stacks up to other component libraries:

React Move is growing in popularity among the developer community. This library can be used for all kinds of React animations and transitions. It shines more with its custom tweening, which gives developers more power to customize animations in their React applications.

The Remotion React library was created in 2021. It was designed to create animations using HTML, CSS and JavaScript.

With Remotion, you can create videos as well as play and review them on your browser while using React components and compositions. Remotion also allows React developers to scale video animation and production using server-side rendering and parametrization.

Parametrization is the process of finding equations of curves and surfaces using equations, which can be very useful in creating meshes for videos.

Install remotion by running either of the commands below in your terminal:

In the code above, we added animation properties using opacity. We also added a video animation using the useVideoConfig() hook. When creating a video animation, we’d need the width, height, durationInFrames, and fps parameters in Remotion. You can read more about them in Remotion’s docs.

Let’s see how Remotion stacks up against other React animation libraries:

Remotion can be very useful for React video animations using React components. It shines more with its features and low learning curve.

React Reveal is a high-performance and easy-to-use library for adding animations to React applications.

Unlike most animation libraries, React Reveal only reveals animations and effects if you scroll down to the animated element, not during load time. This improves page speed by allowing animation components to be lazy-loaded.

It’s also important to note that React Reveal supports higher order components for some of its features.

You can install React Reveal with the command below:

To create a basic animation, add the lines of code below:

In the code block above, using Zoom from React Reveal, we created a basic animation that shows an animation once the button is toggled.

Let’s take a look at React Reveal’s popularity and documentation:

Though this is a newer animation library, as you can see from its growing popularity, React Reveal is here to stay!

Regardless of the project you’re working on, numerous animation libraries exist that can help you create user-friendly animations and transitions easily and quickly.

Out of this list and as of this writing, React Spring has the most stars on GitHub, while React Transition Group wins in terms of weekly downloads on NPM. However, other libraries may offer specific features that you need, such as tweening with React Move or lifelike animations with React Motion.

A lot of these libraries are customizable and include great built-in features and changes. Hopefully, with this comparison list, you can choose the right library for your next React application.

Fortune Ikechi Follow Fortune Ikechi is a frontend engineer based in Rivers State, Nigeria. He is a student of the University of Port Harcourt. He is passionate about community and software engineering processes.
« How to animate SVG with CSS: Tutorial with examples
Rust, SolidJS, and Tauri: Create a cross-platform desktop app »